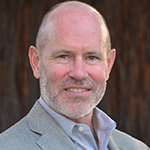 Chris began his career as a CPA for a public accounting firm in San Francisco and then moved into the banking world where he has spent the last 30 years. He speaks nationally on the topic of cannabis banking.  He is also a licensed real estate agent and mortgage loan originator. Active in Rotary, he has been involved in community affairs as the owner of a small business. He calls Healdsburg home and enjoys playing tennis and riding motorcycles. Fun Fact: He is known as the Parking Spot Whisperer for his ability to find a good spot no matter where he goes. 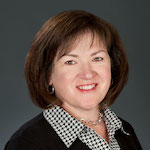 Lynnette has been involved with Relay for Life for more than 15 years in both Northern and Southern Sonoma counties.

On the weekends you can find Lynnette and her family enjoying the outdoors -- walking, camping, or hanging out in their backyard.  Lynnette has worked in the credit union industry for more than 25 years and says she "firmly believes in the credit union philosophy of people helping people".

Her favorite meal? The Pear and Gorgonzola Pizza from the Red Grape in downtown Sonoma.

Lynnette and all our branch personnel would love to get to know you and learn how they can help you meet your goals. 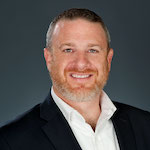 Jared was born in Michigan, but raised in Sonoma County, so we'll claim him as an honorary Sonoman. He's father to twins and an orange tabby named Keanu. He loves all things sports and music, enjoys sampling microbrews, mountain biking and cooking.

After working for large banks, Jared enjoys "the opportunity that a truly local credit union provides in making a difference in the financial lives of our North Bay community."

Jared and our Santa Rosa team would love to get to know you and learn how they can help you meet your goals. 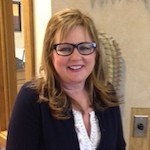 Sheila brings 23+ years of financial experience to her job. North Bay CU is the first credit union she's worked for and she loves that "it's all about community and family".

She loves to travel and had two big trips planned this year but with the current travel restrictions, she plans to tend to her garden instead.

When asked what her favorite food item is, she responded with one word: cupcakes  from Sift Cupcakes in Santa Rosa.

Sheila and our Rohnert Park team would love to get to know you and learn how they can help you meet your goals. 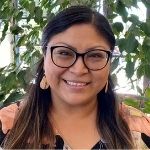 Vanessa Balderrama has lived in the beautiful town of Sonoma for the past 32 years. When not working, she volunteers at her kids' school events as much as possible. She also volunteers and participates in John’s March Against Stomach Cancer and Relay for Life. She loves to attend the Sonoma International Film Festival, Valley of the Moon Vintage Festival, and many more events Sonoma Valley hosts. She also likes to spend time with her family having a BBQ, listen to music, and dancing at parties or just sitting on the couch relaxing watching a Giants game.

Her favorite local food? "Sonoma has so many great restaurants, but one of my favorite places to eat is Della Santina’s Trattoria located at Sonoma’s downtown plaza, they have such great food and beautiful patio."

We'd love to see you! View our locations and hours.

Fill out our simple, online form to get in touch.